Druids are the one class in the World of Warcraft that can take on a variety of forms. Sure, the Shaman has her wolf forms, but your Druid forms amount to so much more. Your various forms can run, swim, fly, do massive damage, and so on. This shapeshifting is one of the things that makes the Druid so very versatile and effective in any aspect of the game.

Of course, if you’re going to use all of the Druidic forms well you’re going to have to put in some effort. The class is a little harder than others because of this same flexibility.

So what are these forms?

So let’s do a run down of the various Druid forms that are available to you and what they’re all about in the mists of Pandaria.

First off is your “Caster Form.” This is what you start with as a brand new character and, for a few levels, it’s all you will have. It’s the same as everyone else gets, too. You will be just your basic Night Elf, Worgen, Troll, or Tauren and you’ll be throwing the “Wrath” spell around a lot. 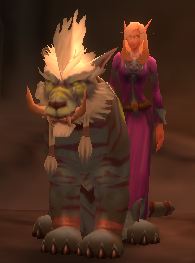 Cat form comes in at level 6 and is where you can really start doing some damage. Of all the Druid’s various forms this is the one that does the most damage, right up close and personal. You get large bonuses to your attack capability and faster movement speed. At level 10 you get even better if you take the Feral spec.

Add in one of the Tier 1 talents and things get even better, movement-wise. 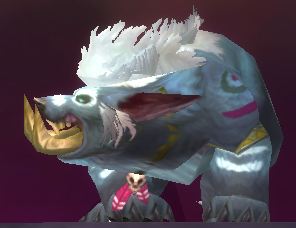 Bear form, at level 8, can also do some damage, but that isn’t the Bear’s main forte. Survival is, and when you hit level 10 you can pick the “Guardian” specialization (spec.)

The Guardian is a “Tank,” which just means that in dungeons and raids you get to be the center of attention and your job is to keep the attention of all the enemies in the immediate area. (See what I meant by Survival?)

You will never do as much damage as the Cat, but you will last a lot longer. For leveling, it’s not bad at all, since there are several times when you’re able to round up a group of enemies and destroy them. Too bad that doesn’t work with players. 😉 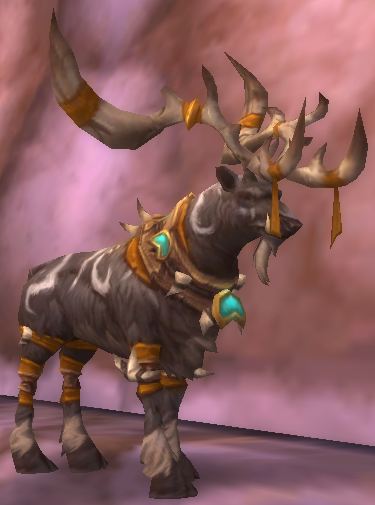 Travel form, at level 16, is a nice speed increase. You take the form of a Stag, antlers and all, and trot right along at the same speed as a basic mount. If you prefer the old Travel Form (prior to Mists of Pandaria) you can get a Glyph of the Cheetah.

Aquatic form, level 18 – kinda like SCUBA diving, now you can explore all those underwater places and swim around at a decent speed. As with all Druid forms you cannot be polymorphed by wandering mages while in this form. Want to swim even faster? Get a Glyph of Aquatic Form. 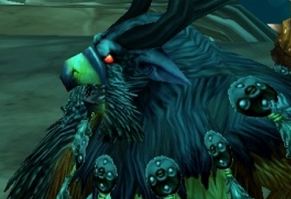 Moonkin, at level 29 – This form requires the “Balance” spec and if you aren’t Balanced you can’t do the Boomkin thing. Balance is the Druid’s version of the Mage, you stay at range and lob damage at the opposition as opposed to doing it “face to face.” While in this form you get more Arcane and Nature damage and take less yourself.

You also increase the spell haste of all your party and raid members, which is a nice perk. 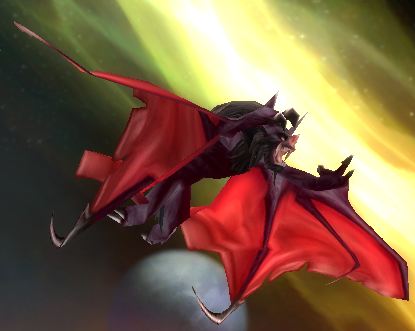 Flight form, acquired at level 58, allows access to all those high places in the Outlands. You will have to wait until level 60 and then get a Flight Master’s License from your home city to be able to fly in the lands of Azeroth. Cold Weather Flying will be necessary to fly in Northrend and you have to wait till 90 to fly in Pandaria.

Epic flight form, at level 70, allows you to reach those high places even faster. You can keep the same licenses as before, you’re just faster now. 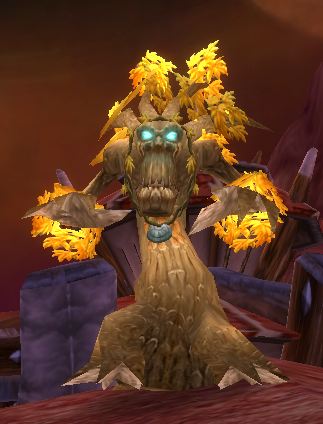 Glyph of the Treant teaches you the Tree Form. This used to be the form that Druid healers (Restoration) would take, but now it’s optional.

One advantage to the Tree, besides role-playing, is that you stand out in a group. Your team can more easily find you and aid you, such as in PvP or a raid.

One of the additional cool things about shapeshifting is that it allows you to immediately pop out of “Movement Impairing Effects.” If some player or other enemy slows you, for example, you can shift forms and immediately escape. Sometimes you can also escape from other effects. This is a very nice ability to have in PvP.

Lastly, just because you can shift to various animal forms it doesn’t mean that you can talk to them. They’ll treat you just as if you were any other class and will take no note of your awesomeness.

Oh well, can’t have everything, can you?

The 4.0 patch will likely hit on or about the 12th or October and, as you probably already know, it will change a lot of things. Talents, for one.

Instead of putting a few points her and a few there, you will be locked into one tree until you buy the top tier talent. Those 41 points will buy every talent in any one specialization, but you can go 31/5/5 or 31/10 or 39/2 or something like that. Obviously this means that your Pally will be Protection or Holy or Retribution.

Each specialization will automatically get certain abilities. For example, all Subtlety rogues will get Shadowstep. These aren’t optional abilities. The top tier ability is Mastery, which is trainable. Mastery gives a bonus to some defining characteristic of your builds. Fire mages, for example, get increased periodic damage. Mastery rating will be on gear and can be stacked.

Whether you will want to stack it depends on all the usual things. Some on the forums are saying that you do not want to stack Warrior Mastery, but on other classes it’s great.

I expect there will be a lot of tuning for awhile.

Abilities have changed, too. You no longer get them every other level and you no longer have to get levels in the ability. Instead of Shiftypoke1 through 12, you just get Shiftypoke once and it scales with your level. I’m sure there will be plenty of forum remarks regarding that change, in addition to all the others.

Glyphs? There will be a made rush for glyphs on patch day. 85s will have 9 glyphs that they can slot (prime, major, minor, 3 of each) but every class can learn all the glyphs to their class and swap them as they like. Kinda like if you have several gear sets which you swap depending on that you’re doing. If you class has 20 glyphs you just buy all of then and then figure out which is the best set. Once you’ve bought the set you’ll never have to buy them again.

Mad rush on patch day? I think so. My inscription is 450 so I’ll be ready.

I’ve taken a shot at putting up 4.0 leveling builds for Druids and mages. Check them out if you like and tell me here if they’re good, bad, or ugly. I have not leveled anything 1-85 in the beta (though Zygor has) so it’s quite possible that an “interesting” error will creep in.

For those of you starting a Druid, your class has several rather long and involved quest chains to obtain certain powers. At about level 14 you can do the five-quest chain to obtain the cure poison spell. Some detailed information, maps and screenshots are always nice to see before embarking on these quests.

To assist you in your quest for the cure poison spell we’ve put together a detailed walk through for the Druid’s Power over Poison quest chain: one for Alliance and one for the Horde.

Let us know if you find these guides helpful. We’ll be coming up with more soon.

For those of you who may be new to Druids, there are a few quests that you’ll have to go through to get access to your various forms, lions, tigers, bears, oh my.

Of course, like any decent Blizzard quest the Druid shapeshift quests will take you all over the place, hunting high and low for certain items. It’s even more interesting if you’re on a PvP server, since high level n00bs like to lurk in some of the quest area and kill any lowbie they see. (That’s what Guilds are for: Revenge.)

So if you want to check out a complete walkthrough of the first couple of Druid quests, the Bear and Aquatic forms, check out these links:

If you have any comments regarding those guides, or questions, or improvements, leave a comment on those pages.

Here’s a guide that provides you with a unique chance to learn how cutting-edge raid and PvP druids handle their character, plus tons of help on leveling, gold, and Druid specific abilities. Check it out, here: The Killer Druid Guide

The next form that the up and coming Druid can get is the Aquatic Form. More so than the Bear Form, this quest has you running all over hither and yon to collect the bits to complete the quest. Some of these bits are a little hard to find. For a complete walk-through of this Druid quest check out this page: