In M of P all of the poison quests are dead and have been removed from the game. Shenthul, the Troll (Horde) questgiver was assassinated by Garrosh (unsubstantiated rumor.) If you want to get even you will have your shot at Garrosh in patch 5.4.

Mathias, the Alliance questgiver, just looks at you when you ask about the quest, as if you have something better to do that to bug him about such things.

Poisons have been changed. You no longer have to quest to earn then, you don’t have to buy parts and make them, no finding of special recipes, etc. You just get them as you do any other ability.

Instant Poison is gone, Wound Poison and Deadly remain. A couple of poison are now talents. (See table.) Deadly Poison will be your “go to” poison for most of your work, these days.

Poisons now act like any other buff. You will find a “poisons” icon in your spellbook.  Clicking that will give you a pop-out menu and you pick your poison(s.) You can apply one lethal and one non-lethal poison to your blades. Each “dose” lasts one hour. The doses persist even if you die or switch weapons. (As I said, they’re buffs, not the icky gunk that you used to apply, carefully, by hand.)

Here are the poisons and related abilities:

Please “like”/Share this post if you find it useful.

Update: With the arrival of WoW 4.0 the poison quests are obsolete. You can simply buy the poisons from the appropriate vendor when you hit the right level (level 10 for Instant Poison.) You can still do the quests, if you want to, just for the heck of it. They aren’t required.

The guide below is still good if you want to go through it, and you’re on a private server, though the world has shifted a bit. In addition to this change, the Lockpicking quests are totally obsolete and have been removed from the game.

One of the unique features of the World of Warcraft Rogue is in the use of poisons. Rogues are the only WoW class that can apply them. The poisons have a variety of effects, ranging from crippling (slows movement) to mind numbing (slows casting speed) to lethal (adds damage.)

The poisons don’t apply with every strike, and they’re aren’t devestating to the opponent, but they do have an effect and are pretty useful to have, especially in PvP. So do the quest and be toxic.

The general overview of the quest for both sides is the same.

You can grab the poison quest at level 20. Naturally, the Alliance quest is pretty easy and the Horde quest can’t be done by a 20 Rogue, not solo anyway, unless she’s very good. Here are the details, Alliance first, Horde further down.

Once you hit level 20 get yourself to the SI:7 building in Southwest Stormwind, climb to the top floor, and talk to Mathias, the leader of SI:7. He’ll give you the quest Mathias and the Defias. By the way, you can do this entire quest without killing anything, for the pacifists among you.

You might want to bring some anti-venom. The stuff you make with the first aid skill is fine or you can (usually) buy it off the auction house. 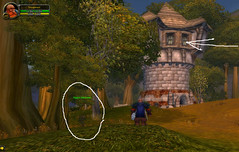 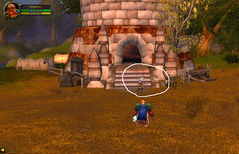 Just for fun, if you want to work up your poison skill the Instant poison goes yellow at 125. So I capped my skill at 140 just from making instant poison. Yes, that means I was 28 when I did the quest.

The chest in the tower, unlike the Horde chest, can only be picked once. So you can’t use it to level your lockpicking. I tried. Sigh.

Horde has this one a bit tougher than the Alliance, but since the Horde ARE tougher… 😉

Also, you should bring an anti-venom with you. The one from your 1st aid training will work just fine. 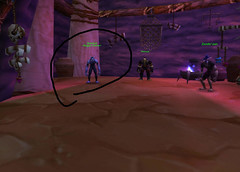 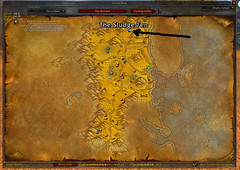 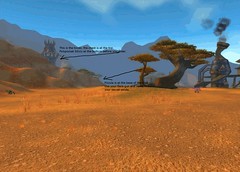 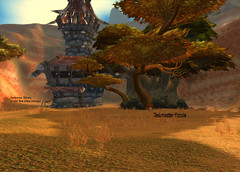 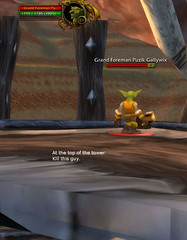 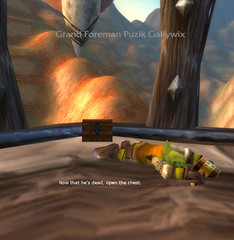 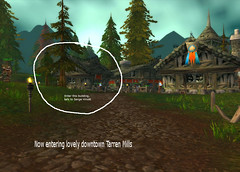 In addition to lockpicking some Rogues are into PvP, raids, fast leveling and gold acquisition, and some just want to be the best. If you fit into some or all of these groups then get to 90 fast, here.