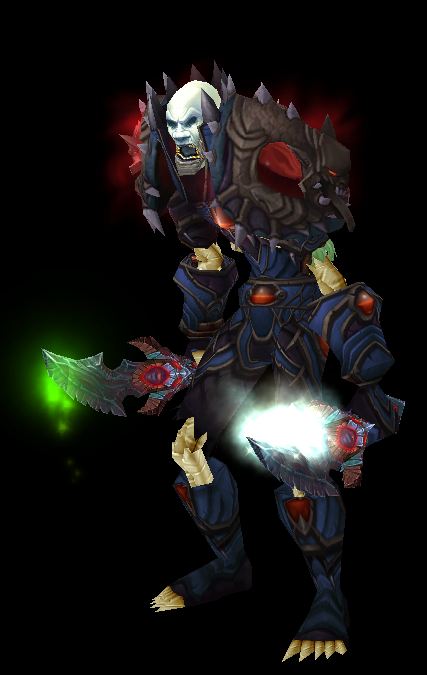 A lean, mean, backstabbing machine. Known for PvP ownage, Sub also can do very well in PvE, you just have to be good at managing your finishers and energy. Nothing wrong with Shadowdancing a boss, ya know.

Pandarans can be Rogues, Draenei and Tauren are the only races that can’t.

Most of the professions offer a net gain of about 80 Ag. points over the regular enchants or item enhancements. In Mists of Pandaria it will be about 320 Ag.

Any spec of Rogue can grab any one talent from each tier. This means six talents at level 90. This also means that any Rogue can take Shadowstep and that PvP Rogues cannot have both Shadowstep and Prep.

Here’s a build to try out. You can switch talents anytime, as long as you’re not in combat. Bring up your talent page, pick a row with a learned talent, 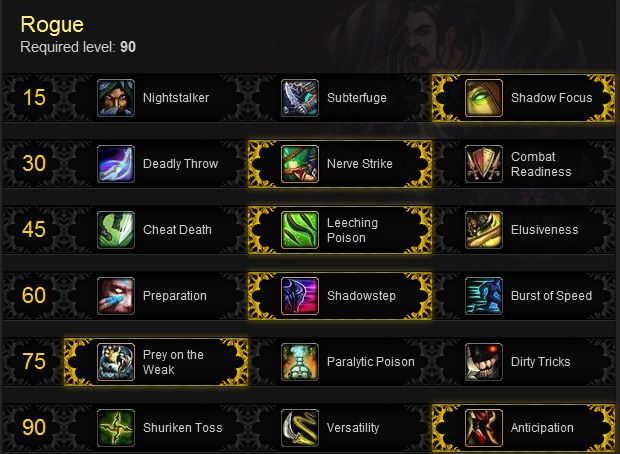