They said it wasn’t going to happen, but now it is. It seems that whenever Blizzard says “never” we should take it as “not at this time, but we reserve the right to change our minds.” So flying is officially actually going to happen. 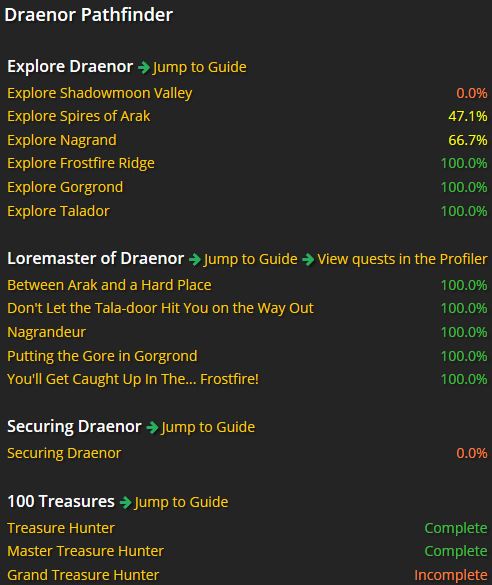 But there’s a catch. In order to enable flying in Draenor you will have so do a couple of simple things:

Doing all of this gets you the meta-achievement Draenor Pathfinder. Once you have that you might still have to wait a bit, as flying won’t actually be enabled until a small patch after 6.2.

Actually, I think it’s a pretty interesting comprise from Blizzard’s original “No Flying in Draenor” announcements. Blizzard wants us to explore all those places which they put so much work into. Now they’ll reward us for it.

I wouldn’t be at all surprised if those World PvP guilds decided to require this achievement.

Better get working on it now, and you’ll have a lot of or most of it done by the time flying goes live. And yes, this will be a lot more interesting to do on your PvP server than a PvE server.

More on This Flying Stuff