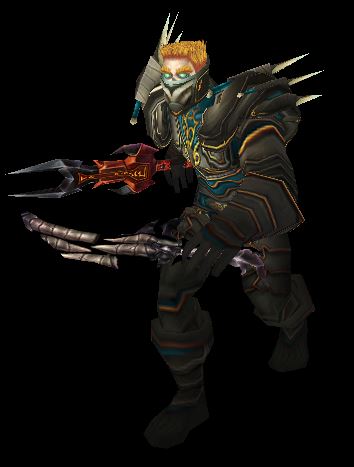 Well, I’m kinda biased, with two lev 90 Rogues and a 65 (somewhere, collecting dust he is.)

WoW Insider asks the question Should You Play a Rogue in WoW? Naturally my answer is, “Yes!” But read on to see what they have to see about it:

If you’re just getting started with World of Warcraft, don’t worry: you’re not too late to have plenty of fun. (In fact, we think this is a great time to be playing WoW.) But getting started can be a little tricky with all the choices you have to make. Which race you select is a primarily cosmetic choice, but the class you pick — and whether it’s a good fit for your preferred style of gaming — is a choice that will make all the difference.

But we’re here to help make that choice at least a little easier by talking you through WoW’s classes, one at a time. And on the menu for today is the rogue. In World of Warcraft, rogues are lightly armored meleers who use stealth to get in close and then hit their target with precision strikes. The rogue is one of four classes in the game that focuses solely on DPS: their three talent specializations only changing their preferred way of dealing damage.

If getting up close to the bad guys and always being in the middle of combat sounds like your thing, a rogue may be the ideal class for you. Read on for more about what to expect.

Just what is a rogue?

Don’t write rogues off as just another melee damage class, because rogue gameplay is definitely unique. Instead of focusing on heavy armor and heavier weapons, rogues are light on their feet with leather armor and tend to use smaller, one-handed weapons — most commonly daggers. But lighter weaponry — rogues can wield daggers, fist weapons, one-handed maces, one-handed swords, one-handed axes — doesn’t mean they aren’t hard hitting.

Rogues have lots of tricks up their sleeves, dual-wielding weapons coated with poison and striking from stealth for extra damage. Rogues have three talent trees, just like the other classes, but each one focuses on a slightly different way of dishing out damage: assassination focuses on poisons, combat focuses on general combat, and subtlety focuses on stealth abilities.

Now I like the concept of sneaking up, positioning yourself, and then attacking. I’ve always played Subtlety and Shadowstep just rules, even if any Rogue can now have that ability (since the start of Mists of Pandaria.)

Leveling is fast and easy. Rogues maybe only surpassed by Hunters in terms of leveling speed, but Rogues are more fun, IMO.

Have anything to add?