WoW 6, aka Warlords of Draenor, has been announced at Blizcon. Lots of stuff has been flying around about all the new toys in the expansion and I’ve put together a few links to them here. So read on: 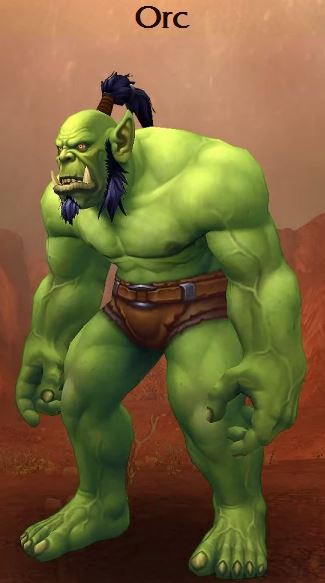 WarlordsOfDraenor.com redirects to the Battle.net page for Warlords. That page covers most of the basics. You’ll see videos for the announcement and a couple of the starting zones.

Before the orcs first invaded Azeroth, the Iron Horde rose to dominate a historic age. Only the heroes of past and present still defy the warlords of Draenor. Through a refined, flexible questing system, you’ll meet storied heroes and villains in battle without slowing your exploration of a forbidding land. As you and your allies win victories, you’ll be duly rewarded—any quest can randomly award bonus rare or epic items. Stand beside legends. Break the tide of steel.

Once upon a time Alterac Valley wasn’t the five minute game it is now. It was a week long affair. Now…

Warlords of Draenor introduces a new world PvP zone off of the north east coast of Tanaan Jungle. This new experience involves a raging battle that has no distinct beginning or end—instead, it offers constantly evolving objectives for participants to take part in. There will be items to gather, creatures to summon, and tons of action on multiple levels. While you can enter the fray sooner than level 100, you may find yourself biting off more than you can chew—enter at your own risk!

Looks like it’s being set up as a “constant war” sort of thing. Goals get tougher as you get close to the enemy base, so maybe if one side is dominant it won’t be the overwhelming dominance seen in some games. I trust Bliz to get that right, or pretty close. More here.

Believe it or note there will be new raids and dungeons added.

The new Dungeons are:

One of the new system tweaks will be to have a gearing tier below Heroic dungeons so that the heroics won’t be the first thing one jumps into at level 100. It’ll allow Bliz to make them a bit more difficult, which should please a few people and frustrate others.

There will also be added dungeon content as the expansion continues.

It looks like Blizzard is quite pleased with the Flex Raiding experiment in 5.4, so now they will expand on it, which should open things up to small guilds and more people. We shall see. The progressing will be Raid Finder to Normal to Heroic to Mythic.

Mythic is the only one that doesn’t flex, as Bliz feels it would be too much work to fine tune it to varying group sizes. It will be a riad for the best of the best.

See here for more on the new dungeons and raids, including loot changes and so on.

The Quest log is going to be updated to make it easier to find where to go and what to do. It won’t be Zygor’s guide, but it’ll be an improvement over what exists now.

Inventory is something that people have been hollering about for some time. Bliz listened and is going to remove a lot of clutter.

Collections are where your heirlooms, toys, and maybe tabards will be stored. They’re much like the current pet/mount storage and are accessible by all characters on your account, across servers. Heirlooms will no longer be server bound, but will now be truly account bound.

In addition, you will be able to tell which heirlooms and toys you still need to get to fill your collection.

More on the UI stuff, here.

Yes, you will be able to make your own bases and man them.

In Warlords of Draenor, you’ll make a permanent impact on the world with a Garrison: your own personal fortress that you build, staff, and manage. You’ll customize your Garrison’s layout, appearance, and gameplay effects, and attract followers to operate it. The Garrison allows World of Warcraft players to own a larger part of the world than ever before, and opens up a wide variety of interesting gameplay decisions—with as much or as little micromanagement as you wish.

Your Garrison exists seamlessly in the world, but you won’t need to go into an instance portal to visit your home base—as you travel through Draenor, you’ll see your Garrison looming on the horizon.

This brings up the question: Will it be possible to, ultimately, have all epic followers?

Your base will consist of several types of buildings that you can put up and upgrade. Better buildings will provide better perks, such as a better barracks allowing you to send more followers on a mission.

Horde and Alliance will take different paths through the portal to accomplish the mission of stopping the Iron Horde.

There will be a new set of level 100 talents to learn and probably changes to most of the other talents. It’s looking like there will be an item squish so the numbers will not be nearly as extreme as they have become. No more Bear Druids with a million HP.

More on leveling, quests, the new zones, and so on. 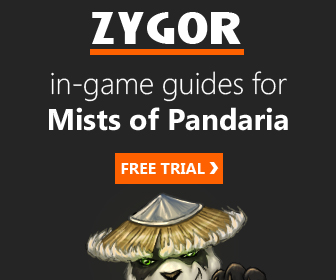 Get leveled, even with a level cap of 100,
Blast through Warlords when it goes live.
Click here now to start!