IGN interviewed Blizzard co-founder and CEO Mike Morhaime about the future of WoW and the various other Blizzard franchises that we’re so fond of. Here are a few selected comments:

On creating new content and keeping the game accessible to new players, or returning players: “… I think maybe an unintended consequence of adding all of this content is that when you layer in complexity and add new things, the people who aren’t keeping up with all of that feel like they’re getting further and further behind.””

It can certainly be daunting for a new player. You step into this huge world with its tons of content and it’s easy to get lost. It’s nice to see that these things are appreciated. In WoW 6 there will be new quest tweaks which should make it easier to know where to go and what to do next. I’ve always appreciated having an older player help out when I started a new game, but it’s kinda hard to code tha into the system. 🙂 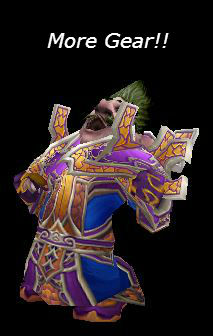 Going “Free to Play?” “.. I think the focus should be on accessibility, providing a free onramp to the game. But if you really want to play WoW for any length of time, I think we’ll stick with subscriptions.”

And the subs guarantee a reliable cash flow to pay for the new content. I’m fine with that.

How about those subscriptions? ” It’s pretty normal to see a spike with the launch of a new expansion. When there’s a period with not a lot of new content, we see that drop.”

Makes perfect sense. Anyone with a website will see a big bump in interest at an expansion launch and a decline preceeding it. Most of the Mists of Pandaria content has been released, so I expect things will slow for awhile until Warlords of Draenor gets close.

Heroes of the Storm? “We think that there’s enough room in the genre that everything doesn’t have to be exactly the same as everything else…”

The game will be free to play, but some heroes, skins, etc might well be sold. If Bliz does this right then I think they will carve out another nice little niche in the gaming market. There’s certainly enough love for the various characters.

Hearthstone is going Mobile, will WoW? “It’s something we talk about,” he admitted. “There’s probably an opportunity to have some type of connection to the world from mobile devices. I don’t think we’ve figured out exactly what that should look like. I don’t think consoles are necessarily our best opportunity for World of Warcraft. In terms of gameplay, our focus is going to stay on the PC, and then we’ll continue looking at ways you might be able to interact with the world from other devices.”

I just can’t see WoW going mobile, it’s just too complicated. Imagine doing a raid on a tablet with a wifi connection?

Well, maybe they’ll figure it out. It’s probably inevitable, in some form. And Blizzard has thought about it.